It was with commitment and good mood that during the celebrations of the Fisherman’s Day organized by the Municipality of Sesimbra, on May 31st, the students of Escola Básica do Castelo (6ºE) involved in the CleanAtlantic project awarded the fishing vessels participating in Docapesca project «A Pesca por um Mar sem Lixo».

The thirty-nine CleanAtlantic awards, designed by the students and inspired on the litter collected by them on Meco beach, suggested different species of freshly caught fish. The support of the various teachers of the class was felt throughout the process, and the coordinating teachers, Carla Faneco and Paula Jorge, were present at the ceremony.

In addition to the 39 vessels the two local fishing associations that represented them, AAPCS and Artesanalpesca, as well as the partners and the entities that supported the action, were also awarded and were represented at the ceremony by Sandra Moutinho (DGRM and CleanAtlantic), Flávia Silva (FCT NOVA – MARE), Sérgio Faias (Docapesca) and Francisco Jesus (President of the Municipality of Sesimbra).

The project and the originality of the action, as well as its pertinence in these days, were congratulated by each one of the speakers. The participation of the students was also marked by a speech, written by them, alerting to the importance of the nature’s protection in a general way and of the oceans in particular.

Thus, with full room and many applauses, the initiative that intends to be replicated in several other ports of Portugal was premiered. 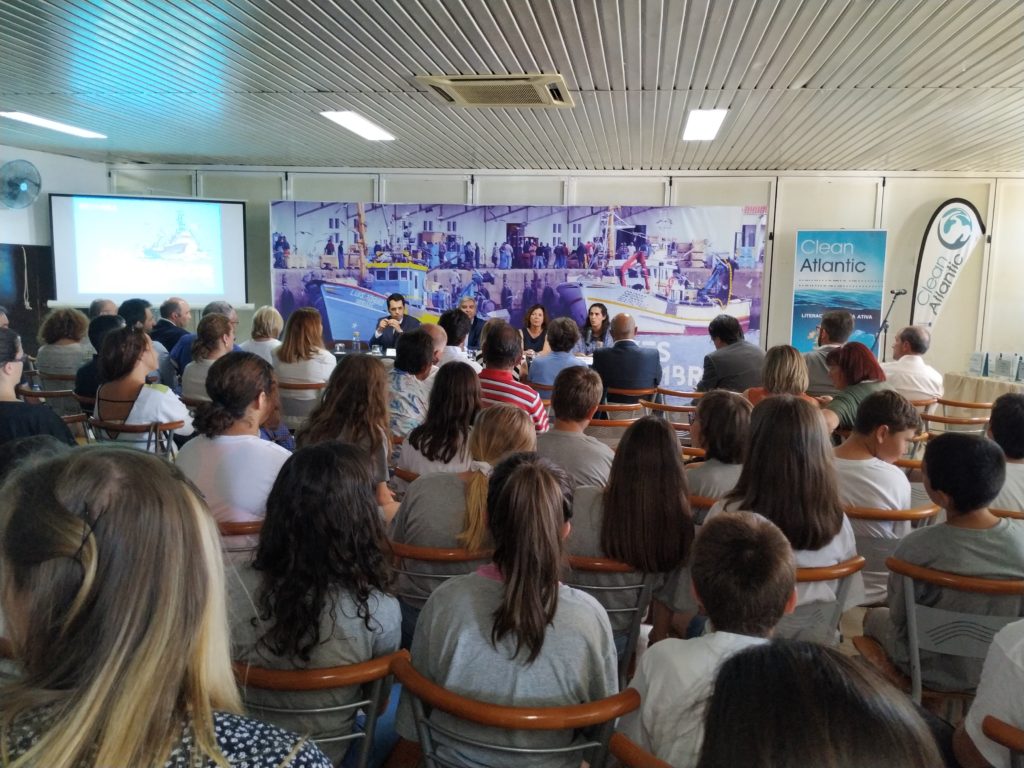 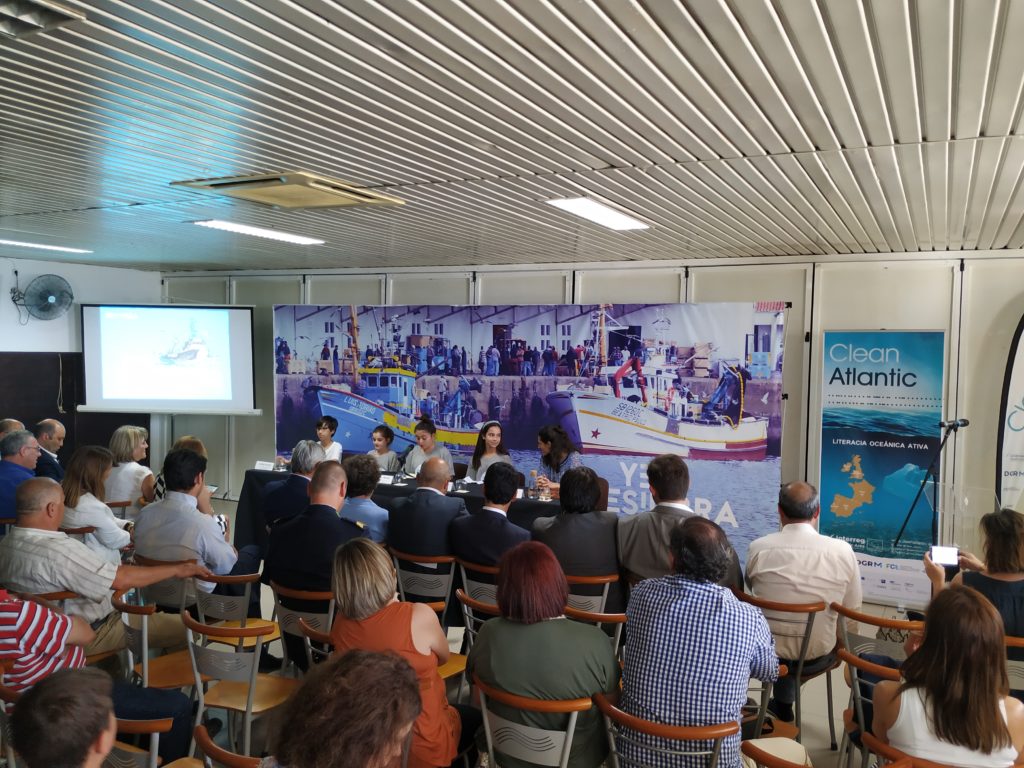 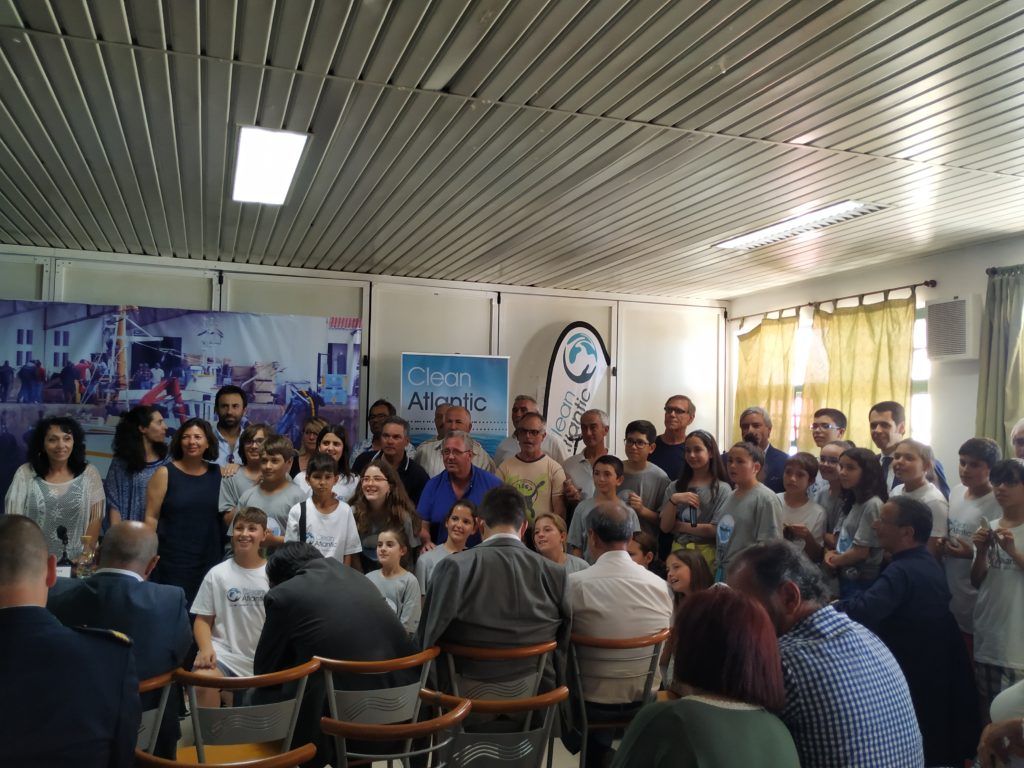 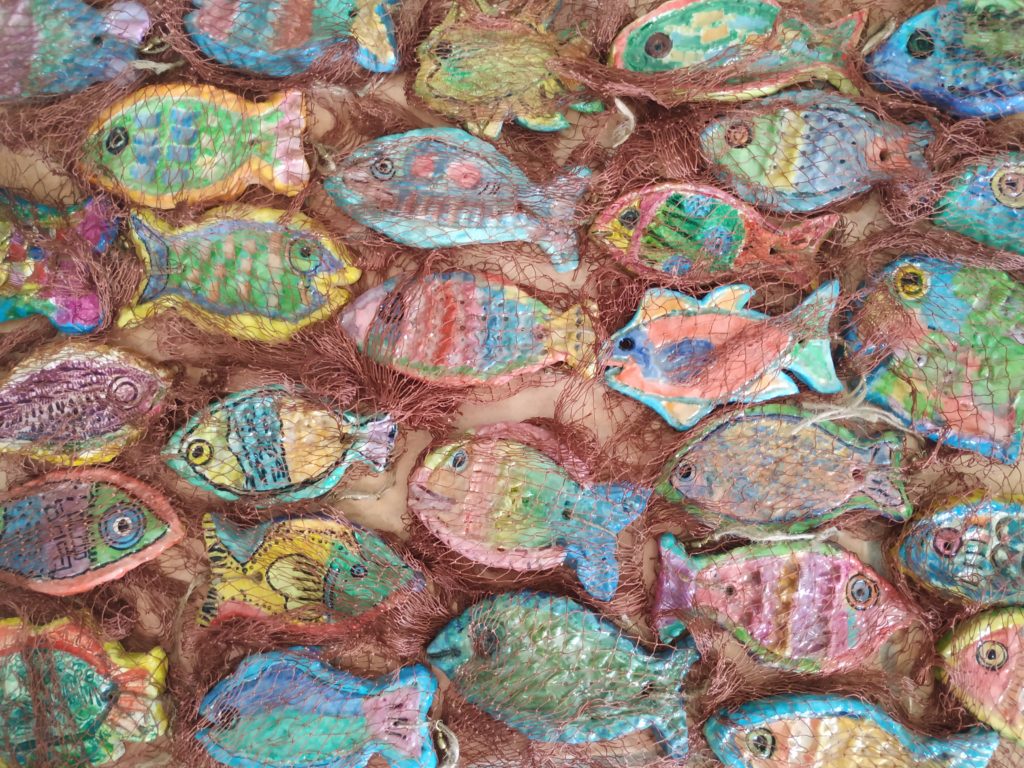