Today we are interviewing Elise Wattrelot from the CPMR Atlantic Arc Commission!

Answer: The CPMR Atlantic Arc Commission is a network of 14 Atlantic regional authorities joining together to tackle common challenges and influence policy development at EU level in favour of a more balanced and sustainable development of the Atlantic area. Maritime policies are at the core of our work. Due to a growing interest of our member regions to tackle all types of marine pollution at a transnational level, we decided to join the CleanAtlantic project to join forces with key stakeholders from the Atlantic to approach the problem of marine plastic litter in a coherent manner in the area. As the Atlantic Arc Commission is also part of a larger network, the CPMR network, strong of 150 regions located in all the European sea-basins, we also saw in CleanAtlantic project a way to promote the Atlantic practices to tackle marine litter at a larger scale and help other sea-basins to face this problem.

The CPMR was particularly in charge of capitalizing (WP 3) and communicating (WP 2) on the project activities. How did you experience that role in CleanAtlantic?

Answer: Our role was very much transversal to all the activities. We needed to be aware of the activities led by other partners and act as ambassadors of the CleanAtlantic projects to our networks, translating CleanAtlantic good practices but also adapting the results to different public, notably decision-makers at EU level. Thanks to the incredible cooperation developed with the other CleanAtlantic partners, we managed a lot and I dare say that we became a reference project that inspire the international and european levels :

We also contributed our network to grow and mobilize all the resources and knowledge to fight efficiently against marine litter : 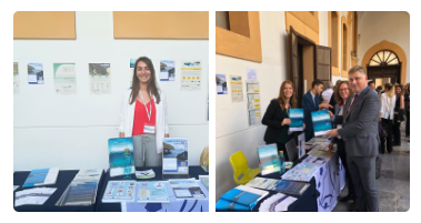 Answer: The project was very complementary to our Atlantic Arc Commission workplan. Our member regions have had a growing interest to tackle all type of marine pollution. They lead initiatives to foster circular economy and reduce waste and they also value the added value to work at a transnational level to reduce the impacts of pollution on the socio-economic development of their territories. In the past years, we were member of another relevant collaborative EU projects which was ARCOPOL (http://www.arcopol.eu/). This INTERREG Atlantic Area programme focused on the issue of oil spill pollution. With the increase of awareness on the issues of plastic pollution, the CleanAtlantic project was a necessary step to understand how marine litter affects the Atlantic regions and go further towards a more structured collaboration and joint ambition to fight against Ocean Pollution. After two years of work under CleanAtlantic, Atlantic regions under the leadership of Norte Region decided to launch a permanent strand of work on Ocean Pollution, aiming at capitalizing further the results of CleanAtlantic and joining forces to coordinate regional initiatives to reduce litter. 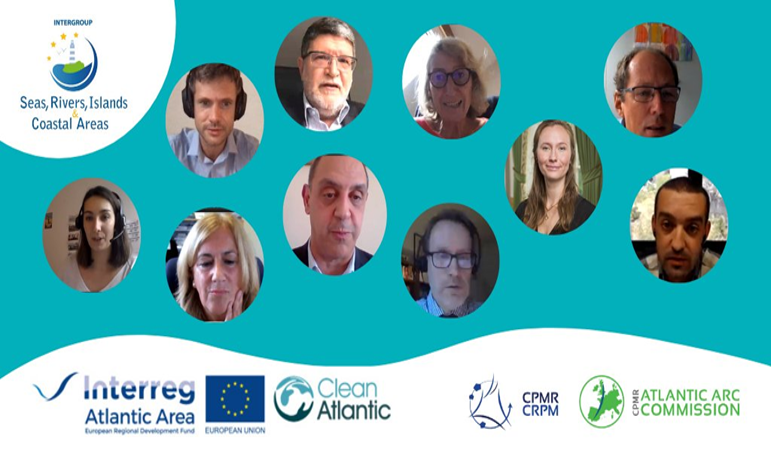 Answer: I have plenty of very nice memories with CleanAtlantic partners. It would be difficult to pick up one, but I could mention the very interesting discussions held during our coordination meeting in different beautiful Atlantic regions. The working environment has been really friendly, motivating and productive and it was extremely rewarding to learn from others’ experiences. And of course, I could not forget to mention the excellent workpackage 9 which was CleanAtlantic colleagues’ “private joke” to mention the good moment spend together after the intense working sessions we had outside the official organisation of activities!

Answer: I have learnt that you can achieve greater things when you unite forces and count on expertise of different people coming from different backgrounds. The project has also reinforced my belief that science is of great help to develop adapted and forward-looking policies at regional, european and international level. I was very impressed by the models developed by our partners to predict how marine litter moves in the ocean. Interregional cooperation on marine litter enables to have an integrated and global vision of the issue. Litters come from land activities and end up in the sea, impacting marine ecosystems and activities such as fisheries, aquaculture, tourism and even shipbuilding! CleanAtlantic project enables to get these global perspectives on a complex problem and better advice public policies.

What are the future activities your organisation is planning regarding marine litter?

Answer: The last General Assembly of the Atlantic Arc Commission held on 9 June 2021 and gathering all the political representatives of our Atlantic Member Regions decided the creation of an Ocean Pollution working group. At the Secretariat and with the help of the regions we will foster a network of Atlantic regions engaged in supporting and enhancing knowledge on Ocean Pollution. We will draw up documents that can be used by the Commission on policy and legislative activities related to better understanding and combating marine litter. We will of course, exchange of ideas for possible European projects which could be useful for our network on topics such as Innovation to fight ocean pollution; marine litter removal and management or Circular Economy, on the basis of our experience with the CleanAtlantic project.