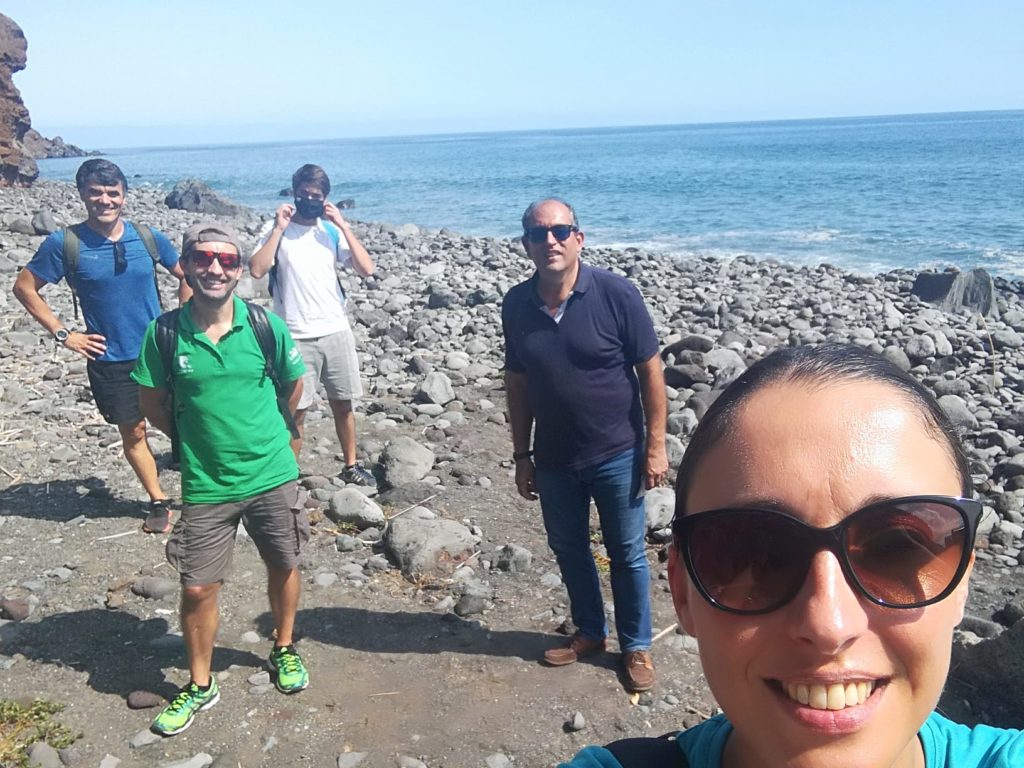 Hello Pedro and thank you for having a chat with us today!

Answer: The initial goal was related with the MSFD reporting, as DRAAC (former DROTA) was the responsible entity in Madeira Island, and with the opportunity to integrate our island, placed in the middle of the Atlantic, is such a high-level consortium.
With the changes that occurred in the meantime, DRAAC has continued to fully support the project and its activities, contributing for the awareness raising activities, disseminating the results and helping to establish the coordination with the OSPAR ICG-ML and the implementation of its Regional Action Plan ICG-ML.

The Direção Regional do Ambiente e Alterações Climáticas (Regional Direction of Environment and Climate Change of the Regional Government of Madeira) has been involved in Monitoring and Data Management (WP 5) and Tackling Marine Litter (WP7). 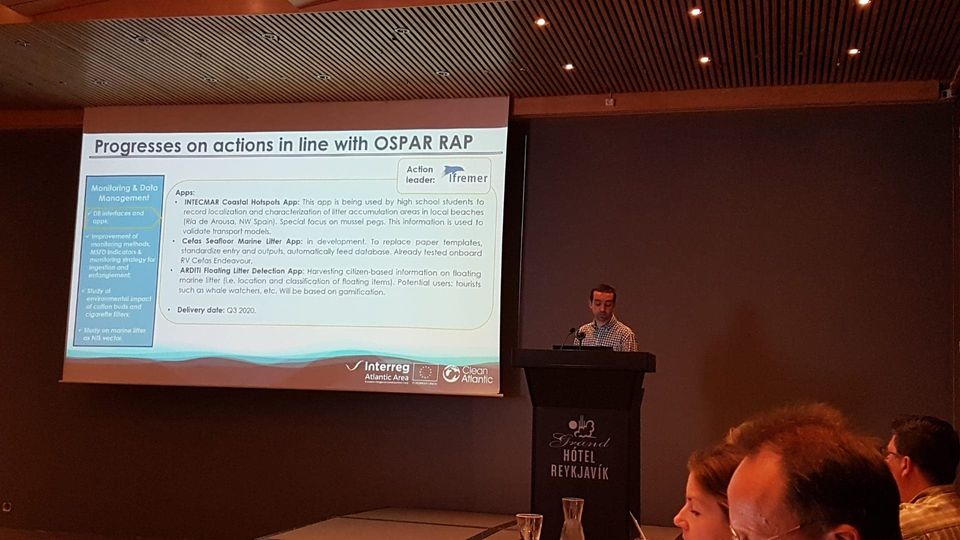 Answer: The CleanAtlantic project was very important, as it was one the major drivers to a full implementation of a Regional Beach Litter Monitoring Program.
It also provided some very useful communication tools to be distributed among our regional stakeholders, through our environmental programs (e.g. Eco-Schools, Greenkey, Blue Flag).
Finally, the project allowed us to conduct studies of fishing gear life cycle, which will be very important not only to reduce the litter produced by local fishers (professional and recreational), but also to create circular economy mechanisms in this specific area, and, last but not least, to evaluate the amount of litter that is “imported” from other regions.

How have you been bridging the work of CleanAtlantic with the OSPAR Commission? How does CleanAtlantic contribute to its Regional Action Plan?

Answer: DRAAC had the opportunity to help establishing a close connection between the partnership and the OSPAR Commission, as one of our staff members has also acted as OSPAR ICG-ML co-convenor for nearly three years.
The project not only directly contributed for the development of several action of the Regional Action Plan 2014-2020, but was also responsible for a great engagement of the project partners with the OSPAR process: myself and Jesús Gago (IEO) acted as ICG-ML co-convenors, Camille Lacroix (CEDRE), Josie Russel and Adil Bakir (CEFAS) are now ICG-ML expert group leaders, and the project and its members also gave very important contributions for the RAP2 development and for the development of the OSPAR Quality Status Report 2023.

Answer: We learned so much that it is impossible to resume in one sentence.
We believe that inter-regional cooperation is absolutely decisive to tackle this transboundary and multi-sourced issue, moreover for a region like Madeira, which is placed in the middle of the Atlantic, with less human and financial resources to investigate and define appropriated measures.
And it seems quite obvious that the level of cooperation among partners was the major driver for the results obtained and to achieve such high-profile attention.

Answer: The best memory must be the amazing synergy among partners, in the quest for solutions to one of the major problems of our times, marine pollution.
We also want to highlight the Coordination meetings, and the opportunity that they provided for us to meet some of the most prominent scientist and policymakers from some of the most reputed research centers and administrations in Europe.
We were glad to have received them in Madeira Island, and very happy to have visited some amazing locations such as Galway, Vigo or Brest.

What are the future activities of DRAAC regarding marine litter?

Answer: DRAAC will continue to work locally on the awareness raising, on the beach-litter monitoring program, and on partnerships with other regional actors to reduce the problem.
Besides that, DRAAC will strive to maintain close relations with the CleanAtlantic partners, seeking other opportunities to establish consortia that can continue the work that was done in this amazing project, and helping its results to contribute in other international fora, like the OSPAR Regional Action Plan for Marine Litter. 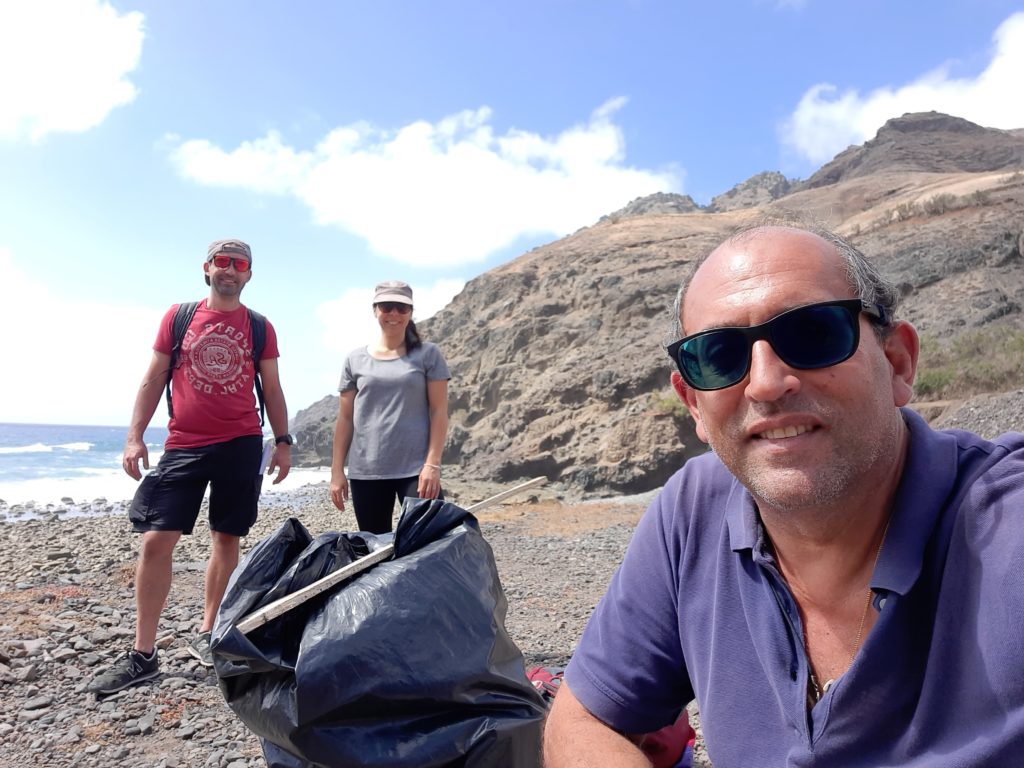 Many thanks for your time! You can find all information about DRAAC on their website: https://www.madeira.gov.pt/draac/