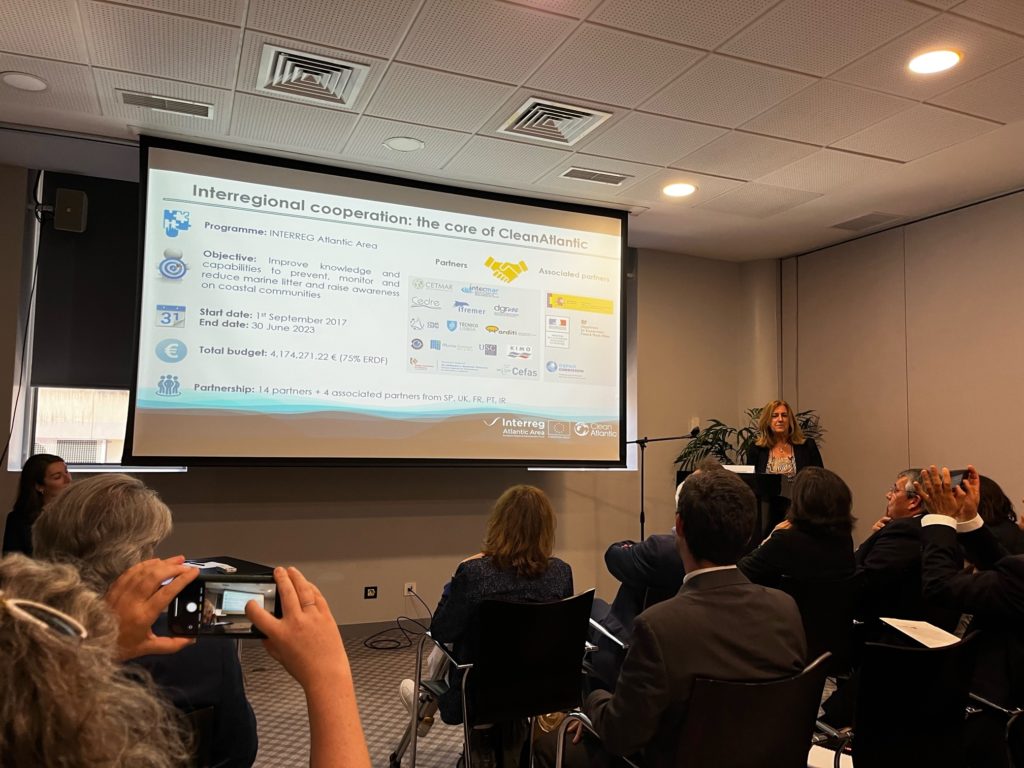 CPRM Atlantic Arc Commission in collaboration with CCDR Norte organised a workshop in the framework of the UN Ocean Conference on 28 June 2022 in Lisbon,as a side event titled “Addressing Marine Pollution in the Atlantic Ocean: The role of interregional cooperation and EU leverages”.

In this workshop, our colleagues from CPMR presented the Atlantic Arc Commission Pledge against Ocean Pollution, that was elaborated in the framework of the CleanAtlantic project, and was voted on 25 May by the 14 Atlantic Regional Authorities.

Marisa Fernández, the project coordinator presented the CleanAtlantic project, main working streams and associated results. Her presentation was followed by Pedro Sepulveda, our partner from DRAAC in Madeira, who explained the links of CleanAtlantic with the OSPAR Action Plan for Marine Litter as well as the impact of the project in Madeira.

Finally, panellists participated in a round table that was moderated by Elise Wattrelot from CPMR, where speakers debated about bottlenecks in the reduction/prevention of marine litter, the contribution of cooperation at interregional level, funding mechanisms and potential project collaborations to tackle marine litter. 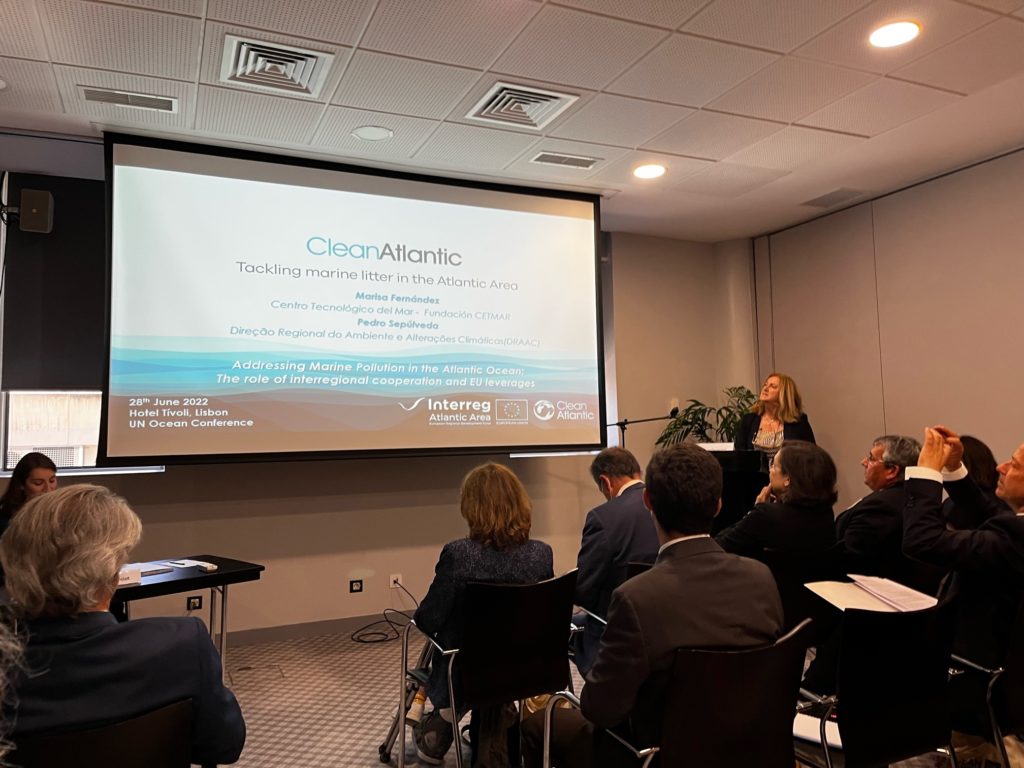 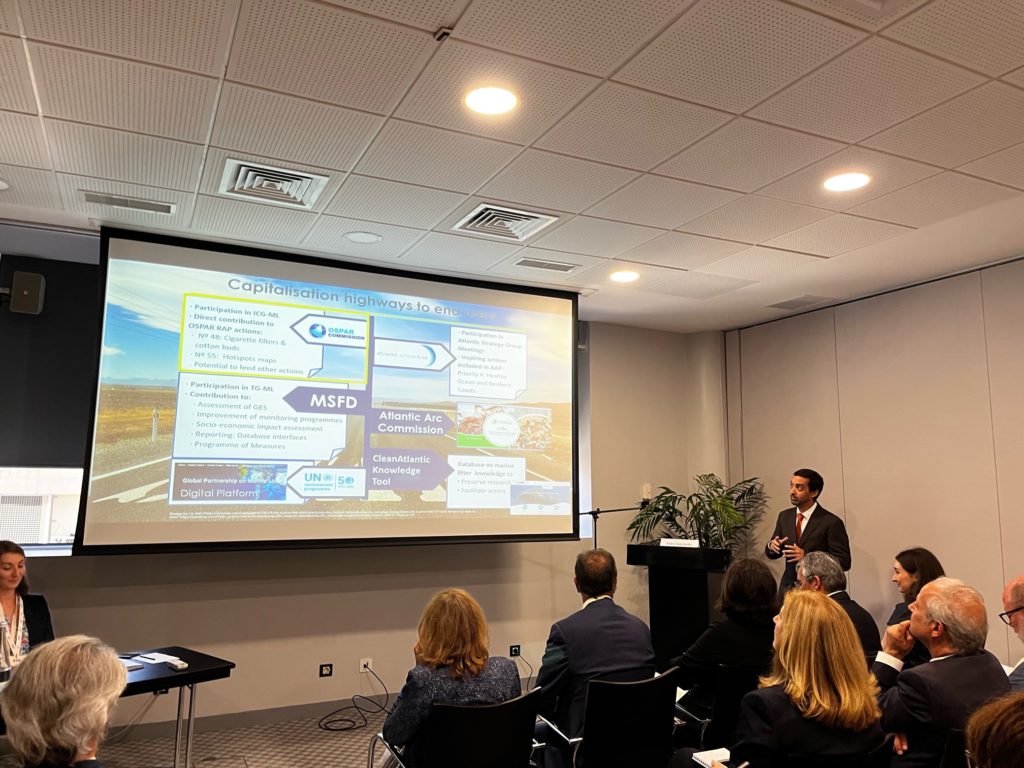 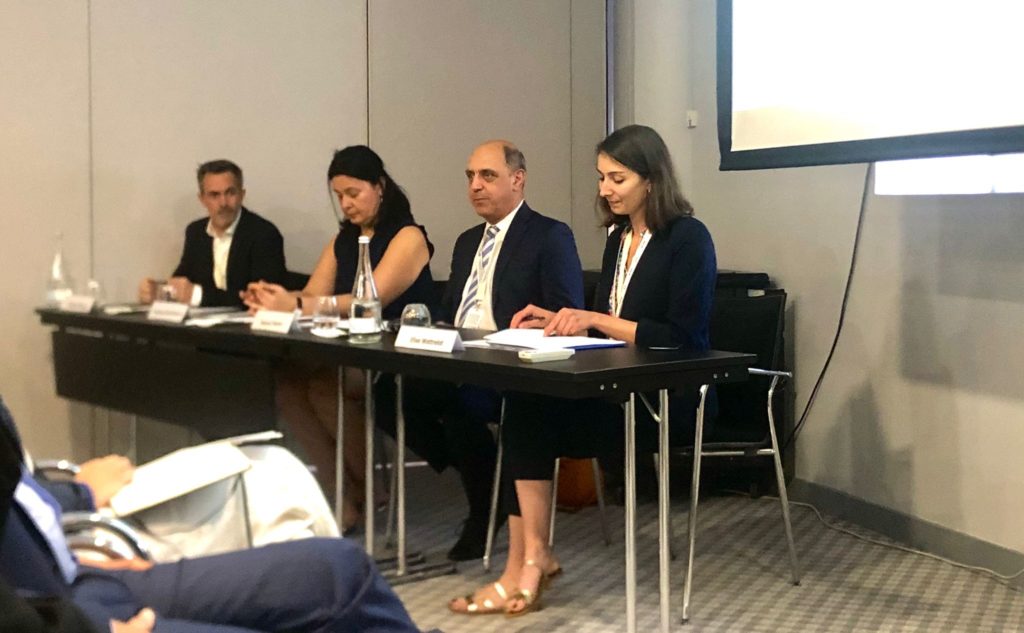