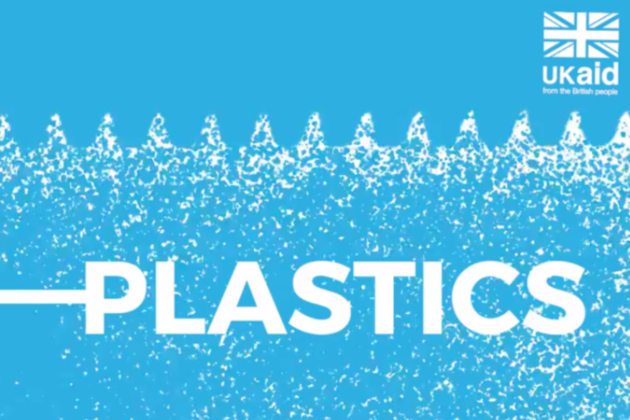 Countries from across the Commonwealth have today pledged to eliminate avoidable single use plastic in an ambitious bid to clean up the world’s oceans.

Britain, together with CCOA joint chair Vanuatu, will call on other countries to pledge action on plastics, be this by a ban on microbeads, a commitment to cutting down on single use plastic bags, or other steps to eliminate avoidable plastic waste.

To drive this forward, the Prime Minister has also announced a £61.4 million package of funding to boost global research and help countries across the Commonwealth stop plastic waste from entering the oceans in the first place.

When it comes to our seas and oceans, the challenge is global so the answer must be too.

Through this ambitious alliance we will build on the UK’s world-leading microbeads ban and 5p plastic bag charge to harness the full power of the Commonwealth in pushing for global change and safeguarding our marine environment for future generations.

Developing countries signed up to the Alliance will also be eligible to bid for partnership support to improve waste management systems and implement other initiatives to stop plastic waste from reaching oceans.

In recognition of the passionate response of the UK public to the issue, from later this year the Department for International Development will also match pound-for-pound public donations to tackle the issue of plastic waste in the world’s oceans and rivers.

The scourge of plastics is a global environmental challenge – and one that overwhelmingly impacts the livelihoods and health of the world’s poorest people.

We are joining forces with our Commonwealth partners, bringing together global expertise to stop plastics waste from entering oceans – and by matching pound-for-pound the UK public’s passionate response to the issue, we can make our shared ambition for clean oceans a reality.

The Department for International Development will also support research into solutions to reduce manufacturing pollution, and carry out waste management pilot programmes to help tackle the waste from cities that too often ends up in the world’s oceans and rivers. This will protect the livelihoods and health of those that are affected by plastic pollution – while also providing new jobs in some of the world’s poorest countries.

Furthermore, the UK will commit £25 million to help researchers approach the scourge of marine plastic waste from a scientific, technical, economic and social perspective. It will also put £20 million to prevent plastic and other environmental pollution from manufacturing in developing countries.

To further support the work of the CCOA, £16.4 million will be used to improve waste management at a national and a city level.

The Commonwealth Clean Oceans Alliance will work in partnership with businesses and NGOs, including the World Economic Forum, Sky, Fauna and Flora International, the Coca-Cola Company and WWF to share expertise and experience and push for global change.

In January 2017 we launched Sky Ocean Rescue to raise awareness of ocean health and to encourage the public to remove single-use plastic from their lives by making simple, everyday changes.

We strive to be a responsible business and believe through our own behaviours that we can affect real change. So I am delighted to support the UK and Vanuatu Governments’ launch of the Commonwealth Clean Oceans Alliance and we look forward to working together to find innovative solutions that will make a significant difference to the health of our oceans for current and future generations.

Urgent and collective action is now needed to reduce the levels of plastic reaching our oceans. Fauna & Flora International applauds the leadership of the UK and Vanuatu and other Commonwealth nations in committing to act together to reduce these threats under the Commonwealth Clean Oceans Alliance.

We are committed to actively support this initiative, and to help to achieve these ambitious aims, building on our long-standing programme of work on marine plastics and our networks across more than 20 Commonwealth countries

The Commonwealth Clean Oceans Alliance will drive action in line with the Sustainable Development Goal 14 to conserve and sustainably use the oceans, and will also sign up to and implement a number of international agreements to protect our oceans, such as the UN Clean Seas campaign, the Global Ghost Gear Initiative and the London Protocol.

Poor waste management is a leading cause of plastics in the ocean. This is why the Prime Minister has announced that all developing country members of the Commonwealth Clean Oceans Alliance can bid for DFID partnership support from a new £5 million facility to improve waste management systems and implement other initiatives to reduce plastics waste.

Up to five developing countries will be supported to help them meet the ambitious political commitments they have made by signing up to the Commonwealth Clean Oceans Alliance.

Defra will also be investing £2.4m to support the development of a new public-private delivery platform to help advance the ambitions set out by the CCOA.

The Prime Minister has also announced today that DFID will provide up to £3m to support pilot programmes in 2-3 Commonwealth developing countries, to help tackle the waste from cities that too often ends up in the world’s oceans and rivers.

This will focus on how to reduce the waste that ends up in the oceans and protect the livelihoods and health of those that are affected by plastic pollution – while also providing new jobs.

The UK will also be supporting six countries across the Commonwealth to develop national litter action plans focusing on plastics entering the oceans, through Defra’s £6m Commonwealth Litter programme.

The Sustainable Manufacturing and Environmental Pollution programme will tackle the problem of pollution and environmental degradation generated by manufacturing processes in DFID priority countries across Africa and Asia.

Over five years (2018-2023) DFID will back a £20 million research programme to generate evidence and practical solutions to address the problem of environmental pollution including plastics from manufacturing sources – a major contributor to waste creation.

The UK public has shown passion and energy in the fight against global plastic waste – which is why from later this year, the UK Government will match pound-for-pound public donations on helping developing countries to reduce plastic waste.

Open to bids from charities from 30 April 2018, the latest £20 million round of UK Aid Match funding will be focused on the priorities agreed by our Commonwealth partners: disability; health; women’s empowerment; youth employment; prosperity; modern slavery; girls’ education; and oceans and plastics.

For the first time, the public will be able to double their donations to charities tackling the scourge of plastics waste in the world’s oceans.